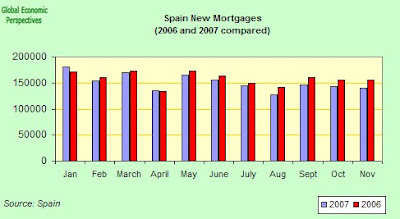 The total value of mortgages created on urban buildings exceeded 21,300 million euros in November, representing an interannual decrease of 9.3%. In housing, the capital loaned reached almost 13,802 million euros, 13.3% less than in November 2006. 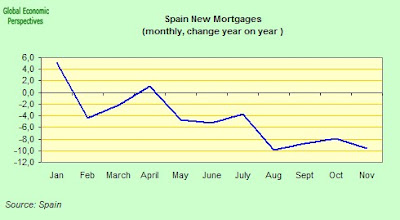 
Retail sales in Spain are now in complete retreat, and on a seasonally adjusted basis have now declined for four consecutive months. 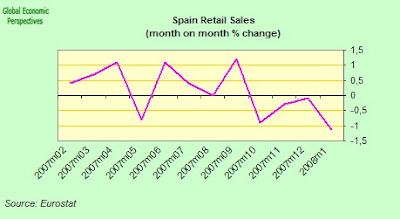 If we look at the year on year tendency, this turned negative in December 2007 for the first time - falling by 1.9% over December 2006 - and if you look at the chart you will see that they have been losing momentum since 2006. 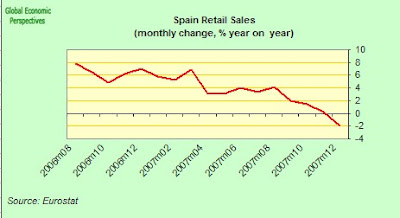 The HICP annual inflation rate is expected by the INE to be 4.4% in January 2008, according to the flash estimate. This estimate provides a preview of Spanish inflation which, if confirmed, implies a slight increase in the monthly annual rate, since in December this HICP was at 4.3%. 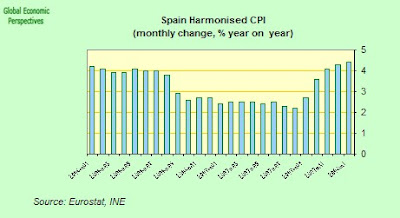