"Not All East The European Economies Are The Same"

This was Angela Merkel's point wasn't it, if you remember, as she came out of the April EU summit she argued:

“Saying that the situation is the same for all central and eastern European states, I don’t see that……you cannot compare the dire situation in Hungary with that of other countries.”

The Economist made a similar point at the time:

“Most other countries in the region are faring much better, though….Like Slovenia, which joined two years ago, Slovakia can enjoy the full protection of rich Europe’s currency union, rather than just the indirect benefit of being due to join it some day.”

And basically, it is true, not all East Europe's economies are the same, though some of the differences between them might surprise you. There are, of course, many different ways in which to compare the economies of the East, but one very simple one, in terms of the present crisis, is the reading they register on the EU monthly Economic Sentiment Indicator. This is a composite which measures sentiment in industry, servces, construction, retail and building, and does at least have the advantage of offering us a rule of thumb guide as to how a country is handling the crisis.

Not surprisingly Hungary is the worst performer at the present time, while Poland still hangs on to poll position (see the charts below, which are in descending order according to the index reading). But in between there are some surprises, like the fact that the two recent members of the Eurozone - Slovenia and Slovakia - are doing worse than anyone else than Hungary, or if you prefer, participants in a crisis racked economy like Latvia (whose economy is contracting at an 18% annual rate, and whose bankers and politicians are moving heaven and earth to try to scrape through the qualifying hurdle for eurozone membership) are still feeling better than many economic agents in the Eastern two countries who have actually managed to access the zone.

On the upside it is perhaps surprising to find that Bulgaria still registers as the second best performer, since evidently a sharp downturn is underway, but perhaps there is still a time lag at work, and sentiment is about to take a big knock. It is hard to say at this point, but since we will now try and follow this indicator, it will be interesting to watch how the different countries evolve over time. After all, Hungary can only move up the classification......can't it? 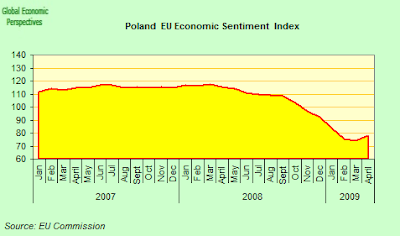 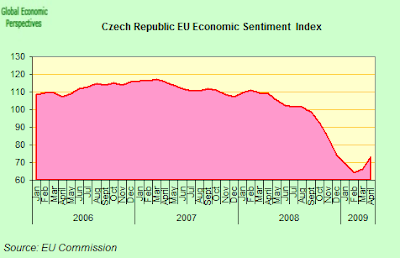 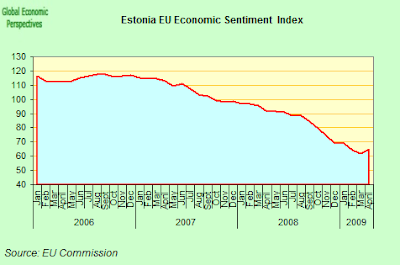 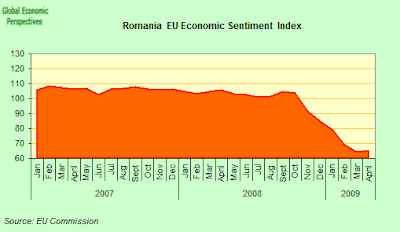 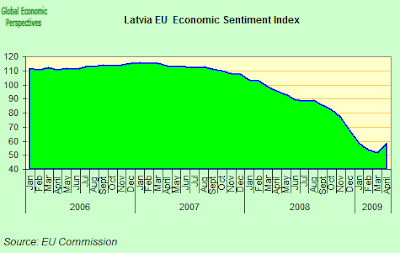 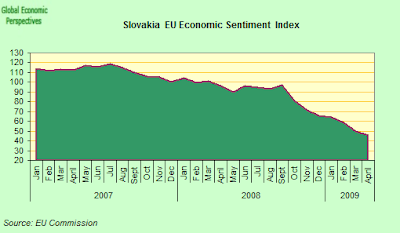 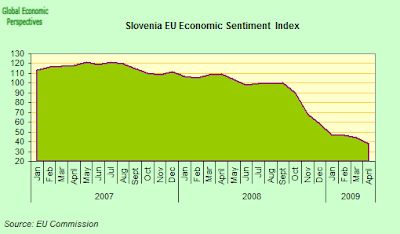 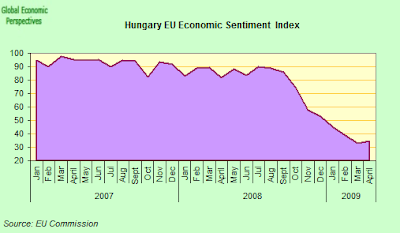